The crime scene evidence search and documentation system for blood, gunshot residue, bodyfluids and many more.

SCENEview is a completely autonomous handheld crime scene camera and video system for the examination of evidence. It can be used to photograph and film evidence under visible light, or the IR camera function can be used to better search for and document evidence like blood stains and GSR that can be difficult to see, especially if they are on a darker or patterned background.

SCENEview is also compatible with our modular forensic light source LIGHTcube series to provide a range of light sources from UV to IR and give you the perfect lighting scenario for your evidence. LIGHTcubes further expand your options by allowing you to change lighting conditions to better increase contrast. They also allow you to make evidence fluoresce, making material like body fluids, bone fragments, and fibres easier to see so they can be documented and collected.

SCENEview can also be ordered with a secondary light amplifier camera system to increase sensitivity to developers like Luminol. 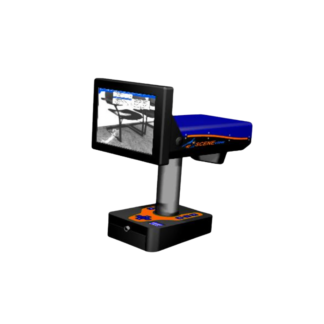